When you book with an account, you will be able to track your payment status, track the confirmation and you can also rate the tour after you finished the tour.
Sign Up
1693

Jumolhari Round Trek is a classic 9-day Trek starting from (Drugyal Dzong) Paro and ending at Dodena near Thimphu. The route passes through two high passes from Jangothang. The views of Jumolhari mountain (7314 M) from Jangothang are spectacular The Trek is strenuous and very popular. The highest point is 4115 M. You will also come across snow leopards around this route.

Jomolhari Round Trek is one of the best off-the-beaten treks in Bhutan to experience the high altitude pass, Bhutan’s countryside, and mountain vistas in a short duration.

Starts in Paro and ends at Dodena in Thimphu.

127 km from the starting point to the end Point.

Things to See and Do

A Quick Fact about Jomolhari Round Trek in Bhutan

Jomolhari Round trek is considered to be one of the most scenic treks in Bhutan, passing through alpine meadows, high mountain passes, dense pristine jungles, and remote mountain of the western Bhutan.

Upon arrival at Paro airport, received by representative from our company, transfer to the hotel. Dinner and overnight at the hotel in Paro.

After breakfast, drive to the recently restored Drukgyel dzong, built by Shabdrung Ngawang Namgyal to commemorate the victory over the Tibetan invaders in 1644. Then visit 6th-century Kyichu Lhakhang, one of Bhutan’s oldest and most sacred monasteries dating from the introduction of Buddhism in the 8th century.
Visit Rimpung Dzong (Paro Dzong) built in 1646 by Shabdrung Ngawang Namgyal. The Dzong presently houses administrative offices. After lunch visit the Ta dzong, an ancient watchtower, which has been, since 1967, the national museum of Bhutan. Dinner and overnight at the hotel in Paro.

Paro is a beautiful valley in western Bhutan with over 20000 population living in the area. Many treks like Druk Path, Jomolhari Base Camp, and snowman Trek begins from Paro from the same place Shana. Trek begins from Drukgyal Dzong following the Paro river and we pass cultivated fields and tiny picturesque villages. The forests are alive with numerous birds and brightly colored butterflies. Overnight at camp Shana.

Day 4Destination from Shana to Thangthangka:

The trail follows the river through a heavily forested area with a few isolated farmhouses. It narrows and closes in and the trail winds up and down along the drainage. We pass a junction en route, where another path leads north over the Tremo La to Tibet. The camp is in a meadow with a stone shelter.

In the morning after passing a small army post, we need to show the permit and proceed further. The trail slowly leaves the forest line and gradually climbs into a beautiful valley, passing Tegethang, a winter home of yak herdsmen.

Lunch will be served in one of these huts. Lots of yaks will be seen today before we arrive at the Jomolhari base camp (4,115 m). High mountains overlook the camp and visible nearby are the ruins of an old fortress used to guard Bhutan against Tibetan invasions.

Rest day at Jangothang, and enjoy the superb view all around. Explore the area for beautiful mountain flower and chances to see blue sheep and marmot.

The trail follows the stream for half an hour and crosses the bridge to the right side. Start the climb up to the first ridge with a breathtaking view of Jumolhari, JichuDrakey, and Tserim Ghang also visible from Dochula Pass. Then walk towards the valley, almost flat for a while, until the climb to the Nyeley la pass at an altitude of 4,700 meters. After the pass it’s a gradual descent to the Lingshi camp, enjoying the panorama view of the peaks and Lingshi dzong. The camp’s altitude is 4000 meters.

8 hrs a walk. The trail today climbs to Yalila Pass (4820 m), from where on a clear day, impressive views of Mount Jumolhari, Tserim Kang, and Masagang can be seen.

This is the place where one comes back to the tree line. The path follows the Thimphu River, descending through the rhododendron, juniper, and another alpine forest. The view of the cliff-facing rocks and waterfalls are stunning. Hot lunch will be served by the riverside. After lunch the trail gradually ascends to the ruins of the Barshong dzong, reaching the camp at an altitude of 3600 meters.

The road descends through the alpine forest and we once again join the Thimphu river for a while. After lunch climb up to Dolamkencho camp at an altitude of 3600 meters. Walking time 5-6 hours.

The path descends through bamboo forests all the way to Dolamkencho, finally joining the Thimphu River again. Arrive at Dodena where you will be picked up for the drive to Thimphu (15 km). Overnight at the hotel.

The day begins with a visit to the Folk heritage museam followed by the 13th arts and craft school.

In the evening visit the Tashichho Dzong, the seat of the national government and the Central Monastic Body, including the summer residence of the Je Khenpo (Chief Abbot of Bhutan). We drive to Simtokha Dzong; the oldest Dzong of Bhutan built by Shabdrung in 1627 and finally visit the Handicrafts Emporium followed by shopping for souvenirs in the shops of Thimphu. Overnight in Hotel.

Thimphu- Paro Taktsang HIKE: After breakfast drive to Paro a short drive to Satsam Chorten, the trail climbs through beautiful pine forest, many of the trees festooned with Spanish moss, and an occasional grove of fluttering prayer flags. We stop for a rest and light refreshments at the Taktsang Jakhang (cafeteria) and then walk a short distance until we see, clearly and seemingly within reach, Taktsang monastery. The primary Lhakhang was built around Guru Rimpoche’s meditation cave in 1684 by the Penlop of Paro, Gyaltsen Tenzin Rabgay, this incredible monastery clings to the edge of a sheer rock cliff that plunges 900 meters into the valley below. Legend has it that Guru Padmasambhava, the tantric mystic who brought Buddhism to Bhutan in 747 AD, flew here on the back of a flying tiger, Dorji Drolo, said to be his favorite consort.

After lunch, visit Ta Dzong (built in 1656 and renovated in 1968), an ancient watchtower, which now houses the National Museum. Below the museum is the Rimpung Dzong (literally meaning “Heap of Jewels”), the center of civil and religious authority in this valley, built in 1646 by Shabdrung Ngawang Namgyal. Overnight in Hotel.

Today is the last day in Bhutan. Our team will see you off from the airport 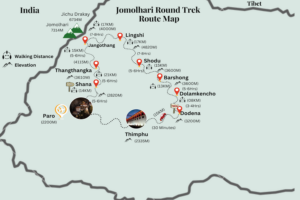 What is Included in Jomolhari Round trek Cost? 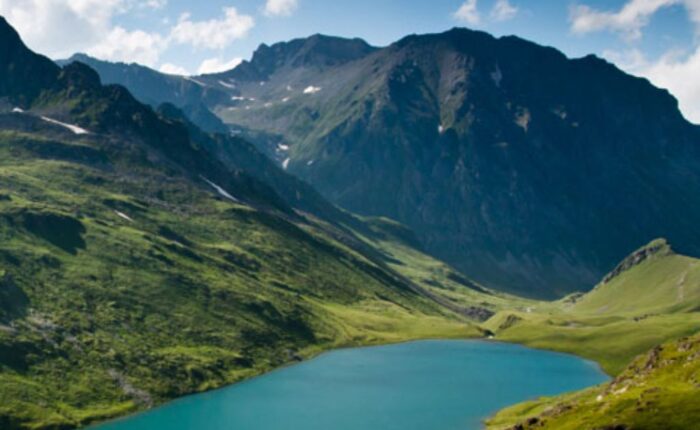 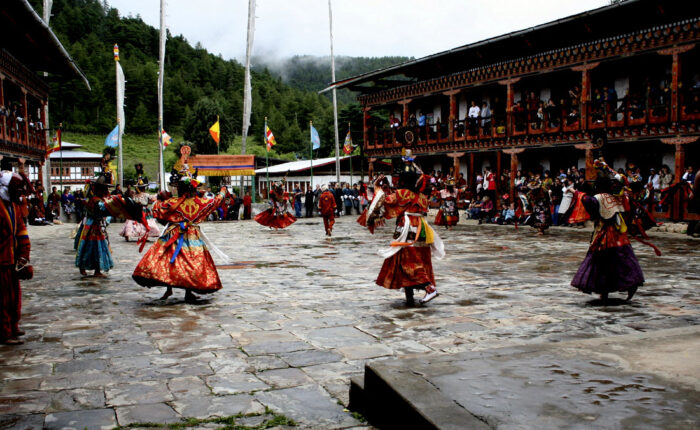 From$1,590
5 travellers are considering this tour right now!